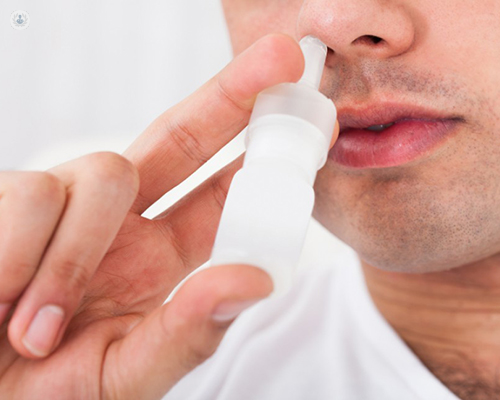 What are the symptoms of rhinitis?

The main symptoms are sneezing, an itchy nose, itchy eyes, an itchy throat, a lack of smell and a blocked nose with nasal discharge. Due to nasal congestion, the patient cannot breathe freely or easily.

The symptoms occur mostly in the morning. This can be confused with a simple cold, but a cold will resolve in around two weeks, whereas rhinitis persists.

There are several causes of rhinitis. Rhinitis can be classified into three main groups:

How can rhinitis be prevented and treated?

For allergic rhinitis, it is difficult to completely avoid the triggering allergens, however, attempts can be made to reduce exposure, such as avoiding leaving the house early in the morning when pollen is at its worst and keeping the windows closed.

Other treatment measures include:

Any cookies that may not be particularly necessary for the website to function and is used specifically to collect user personal data via analytics, ads, other embedded contents are termed as non-necessary cookies. It is mandatory to procure user consent prior to running these cookies on your website.